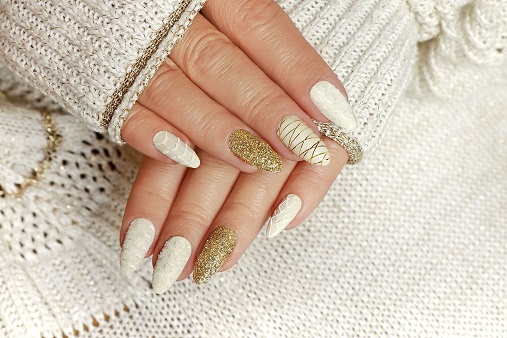 The nail arts have many forms and styles, the industry is wildly flooded with designs with details and colors and techniques. The nails can be sophisticated and playful. There are various factors that can cause the nail designs to vary from occasions, outfits, purpose, seasons etc.  they also depend on the kind of base the client one with the combination of different colors and designs. The task of delivering the expected is quite difficult indeed. One of the most popular nail designs are seasonal nails. Since there are four seasons namely, summers, winter, monsoon and the fall.

Summer season is the season of peppiness and lightness. Indeed, summer nails are playful and they complement the season and the mood that comes along with it.

Summer is the season of colors which are bright and peppy, all alike the sunshine. To add playfulness to the nails can also be colored in different bright colors like green, yellow, blue, red and pink which are only a few.

Since the most associated thing about summers is the beach and waves and the ocean. Another very popular branch of nail art is wavy lines. The lines can differ in thickness and length. The colors can also be mix and matched, the lines can be drawn in a colorful fashion with blobs of different colors, popular colors include blue white, orange and pink. the nails are also decorated with various fruit designs associated with summer like strawberries, watermelon, mangoes, cherries etc.

The monsoon season brings cluds, rainbows and obviously rain to our lives. The nail art is thus inspired by these things. There is no particular dominant color in the season but shades of blues, and pinks can be seen often. The nails are prepared with a base layer and then the designs are added on top of it. Umbrellas are drawn. Raining clouds and rainbows are also painted. More than often rain is depicted on the nails too.

The portrayal of these object isn’t just 2D but clouds, umbrellas and even rain drops are made 3D.

The fall seasonal nails are extremely dominated by the color brown. Since the leaves are dry and falling, they turn brown in color, which is why this. The nail art draws serious inspiration from the beauty of nature then. The most widely applied form of nail art in fall is painting of brown nail paint with white or black outlines or painting blobs of brown at different corners of the nails. Another very simple and yet elegant kind of nail art is the wavy lines drawn out of various shades of brown and mustard. Most of the nail art designs do carry the fall leaves. The leaves are drawn and colored on the nail. The leaves signify the season and the dominant color remains brown.

the nails are also subject to three dimensional leaves. These leaves are made of gel and textured well. In fact, many a times leaves shaped stickers or sprinklers are also used on the nail art design to make it look glam and outstanding.

the nail art designs in winters are heavily influenced not only by the nature but also the occasions and clothing patterns of the season.

Yet starting with the most basic design is painting the nails in shades of blues, since this is the dominant color of this season. Another popular kind of nail art design is French tips with blue color or the shades of blue color. the tips are painted with different colors or layers of different colors and white is also used. When it comes to adding intricate and detailed design during winters, a snow flake it is go- to option. The snowflakes are wildly used. The nail is first prepared with a base coat of either a nude shade or a mild shade of blue or white and then the snowflakes are drawn or stamped on these nails. gel is also used to make the nails look like a cardigan with weaving patterns giving it a 3D texture and a very sophisticated and pretty look.